How Did Apollo Make it to the Moon? 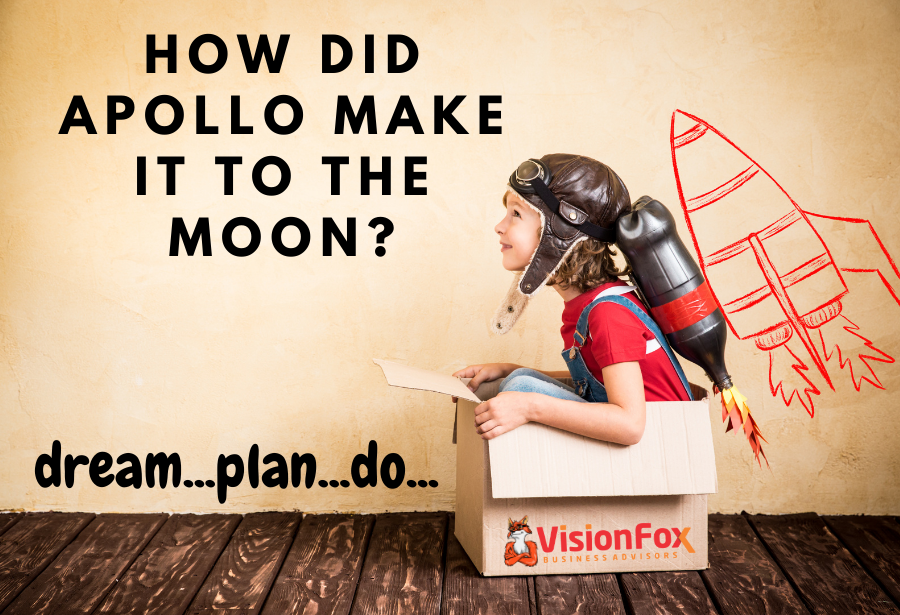 It was the year 1961. May 25th President John F. Kennedy addressed Congress by sharing his goal of “landing a man on the Moon and returning him safely to the Earth”. Can you imagine the looks on their faces? Maybe some were shocked while others were inspired. I would love to know where his 10 closest friends stood on this lofty goal.

Kennedy’s goal was accomplished when Apollo 11 landed on July 20, 1969 and then landed safely on Earth on July 24.

Have you ever wondered what happened during those 8 years between his speech and landing on the moon? Why then? Why 1961, and not 1960, or 1955 even? Why was it that during those subsequent 8 years that we were able to land someone on the moon and return them home safely?

Well, I hate to disappoint, but this is not a conspiracy theory article. I’m simply pointing out the fact that goal setting and action plans work! It seems to me that four key actions took place in order to make this goal happen. Kenendy got clear on his goal, he made it public (owned it), a plan was developed, and then acted on.

On November 10th, I am launching a 5 week group coaching program. It will be limited to 10 fun, life-loving, people who want to clarify their dreams and act on 1 goal. During these 5 weeks we will meet live over Zoom once a week as a group. Together we will get clear on a personal goal, make it public to our peer group, develop a plan and begin to act on it.

I anticipate members of our group will have big dreams! Dreams that have not been given the space and time for true clarity and a designed path. Dreams that deserve to be given a starting point and a reality. Some of these dreams  when acted on, may benefit others for years to come. What is your dream? Why not let 2021 be the year in history when that goal  is achieved?

If any of this resonates with you or maybe you are simply looking for a way to find the right new mindset for 2021, I invite you to learn more here.